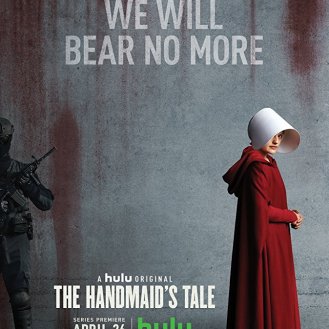 Want to know what’s hitting theaters or making its way to your favorite streaming sites soon? Look no further. Here is a line-up of what shows and films you need to see.

Get in on the show that everyone has been talking about. The Handmaids Tale is about the few remaining fertile women in the world being forced into sexual servitude in a desperate attempt to repopulate a devastated nation. Binge the first season now before the premiere of season 2 on April 25. Only on Hulu.

There are few things I love more than Marvel films. Avengers: Infinity War will be the peak of these films, bringing all the characters in the Marvel universe together to battle Thanos, the Dark Lord. There are quite a few theories about which characters will make it out of this film alive… and which ones won’t. Who will survive? We have to wait till April 27 to find out.

Dave Franco shows off his dramatic acting chops in 6 Balloons, a Netflix original film. This movie takes place over the course of one night while Katie (Abbi Jacobson) does all she can to help heroin-addicted brother (Franco) after he relapses. This film is streaming on Netflix now.

After a huge cliffhanger at the end of season one, Westworld is finally coming back with another batch of binge-worthy episodes to (hopefully) answer our burning questions. Click here for my review of the thrilling and mesmerizing first season. Westworld season 2 premieres on April 22, only on HBO.

There is something specularly pure and raw about Tully that has me intrigued. Charlize Theron looks unfiltered as a mother of three who can’t seem to catch a break until her brother gifts her a night nanny. Even mom’s need help sometimes. Tully hits theaters May 4.

3 thoughts on “What to Watch: Coming to Theaters, Netflix and More”