As some of you know, my goal this year was to watch every Best Picture nominee to make an educated guess on who will win the title. Being a full- time college student and part- time manager has caused my movie- viewing to go on the back burner  but as always, I still have some insights on who I think will win that precious golden statue.

The Revenant is my pick to win!

Read my review on this film, if you haven’t, because it says it all right there. I wrote that review only an hour after seeing The Revenant and was still on a high from the breathtaking shots, incredible acting and dynamic storyline. This is my pick to win and so is Leo!

The Martian was a close second.

I’m a sucker for a film that incorporates humor, science, action and well… Matt Damon. The Martian had all of those things! It’s truly an amazing film that is now one of my favorites. Check out my review on this as well!

Mad Max: Fury Road was on a whole other level.

This film was a well deserved nominee. I have never seen a film so intricate with its shots, details and storyline before I saw THIS. I didn’t have much of a desire to watch Mad Max at first but it becomes one of those things where you can’t look away… You just have to see it for yourself!

One word: Room. One word: Speechless.

I can never find the words I want to say when talking about Room. Brie Larson was impeccable (and also my pick for Best Actress), Jacob Tremblay stole my heart and the whole tone of the movie sucks you in so you truly become apart of it. When you go see it, one word… tissues. 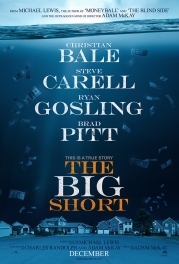 Since this is a favorite to win, I will give this film one more try before the show, just to see if I’m missing something. The Big Short was another film that was something like I had never seen before. I was really excited to see it, due to my loyalty and love for Steve Carrell and Ryan Gosling, but Christian Bales antics and the choppy, jump-cut editing just didn’t do it for me. *Here comes the Boo’s* 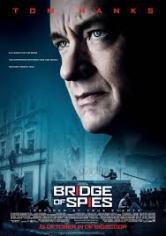 Bridge of Spies, can Tom Hanks ever go wrong?

Again, any film with Tom Hanks is my kind of film. Bridge of Spies had a slow start but tough it out because everything makes sense in the end. This a true spy film that keeps you guessing.

A big spotlight is on Spotlight this year. 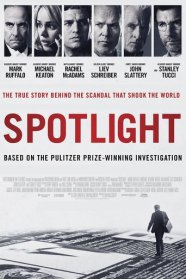 Another critic favorite with a slow start (why do those seem to go hand in hand?). However, I love the fact that this film focuses on the journalism side of news. Spotlight has some major celebrity power backing it up, like Michael Keaton, Mark Ruffalo and Rachel McAdams. Without these amazing acting chops, this movie might not have made it into this category.

One of the more forgotten films in this category is Brooklyn staring Saoirse Ronon. The overall composition and coloring of this film is beautiful but I feel it was sort of a last minute pick for the Academy this year. Every year, there is one of these films nominated and Brooklyn takes the cake.

Well, there you have it! What film was your favorite?